Start your day with Murphy, Sam & Jodi on STAR 94.3.  It’s a great new way to start the day.  Lots of fun and great music too.  Monday through Saturday from 5am to 10am. Jodi I am a busy working redheaded mamma who’s never really grown up at heart!!  … Read More.

Justin Case is Star 94.3’s midday guy.  Justin plays all your favorite songs from the 80s, 90s and Now, plus lots of great Throwback tunes on the Throwback Cafe, weekdays at Noon.

Kerri has been in the radio industry for close to 30 years and is so excited to be on board with Star 94.3!  Kerri started radio in college when she was 19 in Chattanooga, Tennessee.  She has done sales, promotions, music programming and pretty much everything that involves radio! She… Read More.

Each weeknight on STAR 94.3’s Throwback Nation Radio, Tony Lorino features your favorite songs from the ‘70s, ‘80s and ‘90s, all by request.  If you’re up late, working the third shift, or starting your day early — it’s the perfect fit to keep you going.  And since Tony grew up… Read More.

Lucky used to be the the captain of a local fishing trawler, but she decided that radio was more fun and less smelly.  You can hear Lucky every Saturday 10am-3pm on STAR 94.3.

Open House Party is a huge national event.  It’s broadcast every Saturday night on radio stations across North America.  It’s totally listener interactive, with all music played from your requests.  OHP is hosted by DJ Kannon and can be heard Saturday nights from 7pm-Midnight on STAR 94.3

Golden Globe nominated actress and businesswoman Connie Sellecca is the host of the new Intelligence for Your Health Radio Show, heard Sunday mornings from 6am-9am on STAR 94.3. Connie gained worldwide fame as the star of the hit television series Hotel, Greatest American Hero and PS I Love You.  She has… Read More.

David Lister is on STAR 94.3 every Sunday from 9am-2pm with lots of great music and information on local happenings.

John Raynar’s spent most of his life living on an island.  He loves long moonlit walks on the beach and fine Mexican food.  John’s hobbies include housecat taxidermy and watching reruns of Gilligan’s Island.  Somebody this odd is perfect to be your host on STAR 94.3 each Sunday afternoon 2pm-7pm.

Mark Markham is a 40+ year veteran of radio and TV and is on-air every Saturday on Star 94.3.  Mark started his career on a Country station in Rochester, MN, and later become involved in radio and TV news and eventually to programming and management and then as a partner… Read More.

Each Saturday and Sunday night on STAR 94.3’s Throwback Nation Radio, Danny Savage features your favorite songs from the ‘70s, ‘80s and ‘90s, all by request. If you’re partying late — it’s the perfect playlist all night long.  Danny is a longtime broadcaster, weather junkie and master of the jukebox,… Read More.

INFOTRAK is our weekly Public Affairs radio show featuring interviews with experts and authorities, discussing topics of interest to most Americans. Fast paced and lively, INFOTRAK strives to present impartial, balanced coverage of every story. The show has no corporate, political or religious agenda and has won several top national awards… Read More.

Paul Trambley is STAR 94.3’s weather dude.  Whatever is going on with the weather, Paul will let you know. 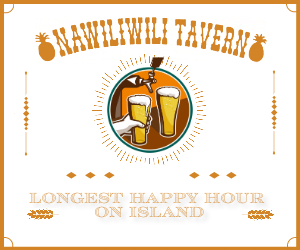