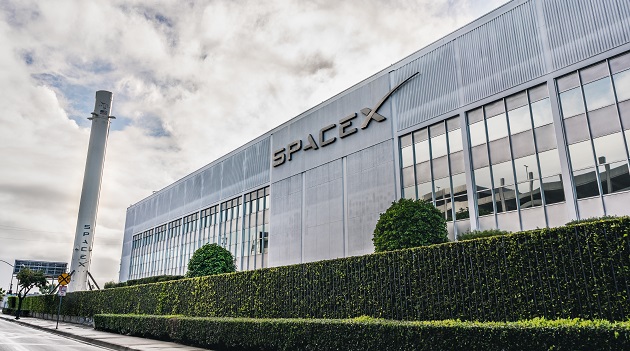 The Dragon capsule returned to Earth just after 7 p.m. ET.

The capsule was traveling at 17,500 mph when it deorbited, slowed down to around 350 mph when the parachute deployed at 18,000 feet and slowed to 119 mph before it hit the ocean.

It splashed down in its preferred location in the Atlantic Ocean off the coast of Cape Canaveral. They had been prepared to pivot to the Gulf of Mexico, if needed.

SpaceX’s Inspiration4 mission made history as the farthest any civilian has traveled from Earth — 367 miles above it — even farther than the International Space Station.

There is always risk launching into space and coming home. While the crew has been trained by SpaceX, they are not professional astronauts.

Saturday’s splashdown was the third SpaceX Dragon-crewed capsule to splash down from orbit, but the first with no professional astronaut on board.

Billionaire Jared Isaacman, 38, an experienced pilot, is commanding the mission. He founded a payment process company called Shift4 Payments and purchased all four seats on the flight for an estimated $220 million.

He reserved one seat for 29-year-old St. Jude ambassador Hayley Arceneaux. Arceneaux was treated at St. Jude as a child and returned to work there as a physician assistant. She is now the youngest American to go to space as well as the first pediatric cancer survivor.

Dr. Sian Proctor, 51, the third occupant, made history as well as the fourth African American woman astronaut to travel into space.

Rounding out the crew was Chris Sembroski, 41, an Iraq war veteran and engineer with Lockheed Martin.

They all spoke with children currently being treated at St. Jude live from space on Friday.

“What kind of sleeping bag do you have?” one child asked Arceneaux.

“So if you’ve ever been camping, we pretty much have those same kind of sleeping bags,” she said. “We were in our sleeping bags on top of our chairs, but we were floating on top of the chair and we had a seat belt around our sleeping bag. So we didn’t fly away when we were sleeping.”

“Can you take pictures in space?” another child asked Proctor.

“We absolutely can take pictures in space,” she responded. “And we’ve been taking a lot of those pictures and video so we can capture this moment and share it with everybody when we come home.”

Since liftoff, the mission has raised an additional $500,000 for the research hospital.

The crew has also been busy conducting experiments including using a portable ultrasound to measure their corneas and optic nerves for indications on intracranial pressure.

“We’ve also been taking several swabs of different parts of our body to evaluate the microbiome and how that changes in these three days in space,” Arceanaux said.

Read Pink’s Veteran’s Day tribute to her late father
‘Dune’ cast shares why the new film cannot be “compared” to the 1984 original
Summer vacations / What not to donate at a thrift store / Jodi explains bath oil to Sam
Patti LaBelle to testify before Congress on Thursday for National Diabetes Awareness Month
‘Indiana Jones 5’ bumped to 2023, Marvel movies moving, as Disney shifts schedule
Elton John is now the oldest person ever to top the Australian charts