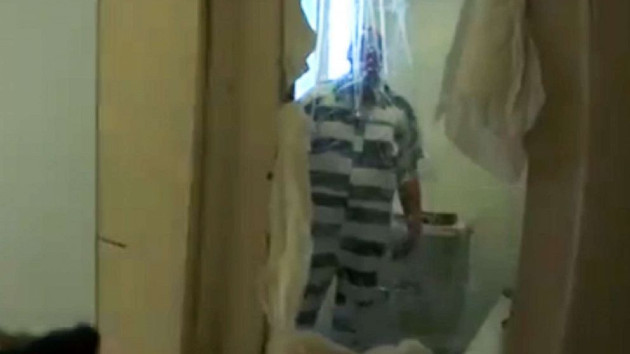 (WASHINGTON) — The Department of Justice will not pursue any federal charges in the in-custody death of a mentally ill Black man at a South Carolina jail last year, officials said Wednesday.

Jamal Sutherland, 31, died on Jan. 5, 2021, at the Sheriff Al Cannon Detention Center in North Charleston hours after deputies attempted to remove him from his cell to attend a bond hearing for a misdemeanor assault charge that morning. He was arrested the day before following a fight at a mental health and substance abuse center where he was being treated for schizophrenia and bipolar disorder, his family said.

Body-camera footage released by the Charleston County Sheriff’s Office showed deputies repeatedly deploy stun guns, use pepper spray and place a knee on Sutherland’s back. He became unresponsive and was later declared dead.

Two deputies, Lindsey Fickett and Brian Houle, were later fired amid the investigation into his death. A local solicitor ultimately declined to issue any criminal charges against them, saying the two made “grave mistakes” but that their actions didn’t amount to a crime. Charleston County agreed to pay a $10 million settlement to Sutherland’s family last year.

After reviewing evidence including “reports, law enforcement accounts, witness statements, physical evidence reports, training materials, photographs and videos of the incident,” the Justice Department said it will not pursue any criminal civil rights charges against two former deputies for Sutherland’s death, though it did not identify them by name.

“They also reviewed the Charleston County Solicitor’s Office’s public report on Sutherland’s death, including the expert force and medical analyses referenced in that report, which laid out the reasons why the state declined to pursue criminal charges,” the DOJ said in a press release.

“After this review, prosecutors determined that insufficient evidence exists to prove beyond a reasonable doubt that deputies willfully violated the federal criminal civil rights statutes,” the DOJ said.

Representatives of Sutherland’s family have been informed of the determination, and the department’s review of the incident has been closed, according to the DOJ.

“I wanted to scream again, but screaming days is over,” Amy Sutherland said when asked about her reaction to the decision during a press briefing Wednesday. “My tears didn’t do anything to solve any problems.”

She said she did feel some closure at the news.

“I was upset from the time my son died until yesterday, because I felt like I had failed him in getting help,” she said. “But yesterday, after they came down, I was able to say, Jamal, your mom did all she could.”

ABC News was unable to reach Fickett or Houle for comment.