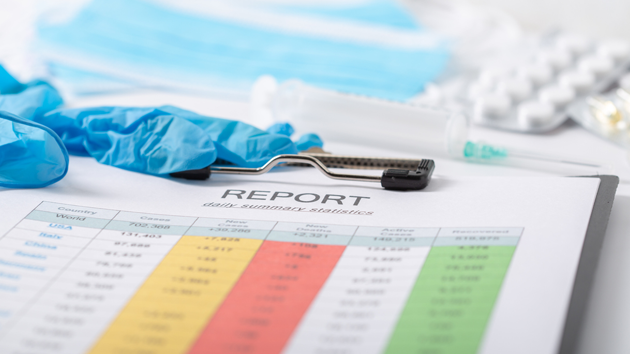 (LA.) — Medical facilities in Louisiana are reeling from Ida, which demolished coastal regions of the state after making landfall as a Category 4 hurricane on Sunday afternoon. Ida, now a tropical storm, is one of the strongest hurricanes on record to touch down in Louisiana.

Ochsner Health System, a not-for-profit health care provider, is almost completely relying on emergency power generators following the storm, according to Mike Hulefeld, the chief operating officer. Thousands of homes and businesses are also without power, and the outages may last for days, according to local utility companies Entergy and Cleco.

At Ochsner’s Kenner facility, parts of the roof came off the building as workers sheltered inside the building, and almost all of Ochsner’s facilities have suffered from roof or water damage, Hulefeld told reporters in a press conference.

Since city and parish water systems are damaged, local hospitals are also relying on their own well systems to supply water to their locations. These damages — and more — reflect regionwide issues that health care workers are having to tackle amid the Ida aftermath.

“People will get tired, and they have been challenged by COVID, but we had 100% of our staff show up … when we called essential personnel,” Hulefeld said, “and that speaks to the commitment that our people have.”

The storm and its subsequent destruction came as the state struggled to contain its fourth COVID-19 wave, putting hospitals on the brink.

About 90% of beds in Louisiana’s intensive care units are filled, according to Johns Hopkins University, and only about 41% of the population is vaccinated. New Orleans specifically is experiencing a severe outbreak, according to the mayor’s office, with a seven-day average of 220 new infections.

There were at least 2,684 people in Louisiana hospitals due to COVID-19 before the storm hit, the mayor’s office reports.

The storm has only intensified the pressure on the state’s health care system to tackle the virus.

“This fourth surge we went through was the most difficult one that we’ve experienced since COVID started in March 2020,” Hulefeld said. “Now we have a major hurricane that ends up being a little worse than we anticipated going into it …. So, I think staff are challenged.”

More than 100 patients have been evacuated from Ochsner and its partner facilities to safety — but officials remain wary about the pressure on hospitals to perform.

FEMA administrator Deanne Criswell told “Good Morning America” that most medical facilities in the region are running off generators and have seen major damage to their facilities.

Criswell said her “biggest concern is still the fragility of our health care system” following the hurricane, warning that it has been “stressed from COVID-19, and the occupancy has been full.”

With two deaths reported in the region so far, Louisiana Gov. John Bel Edwards told MSNBC that he expects the death toll to go up as search and rescue efforts continue.

At a press conference on Monday, New Orleans Director of Homeland Security and Emergency Preparedness Collin Arnold warned residents to stay away from the post-hurricane aftermath.

The storm hit New Orleans on the 16th anniversary of Hurricane Katrina, a deadly storm that highlighted the vulnerable infrastructure of the port city. More than 1,800 people died in the storm.

After Ida, Mayor LaToya Cantrell applauded the evacuation and safety efforts of New Orleans and its people.

“We did not have another Katrina, and that’s something we should all be grateful for,” Cantrell said.