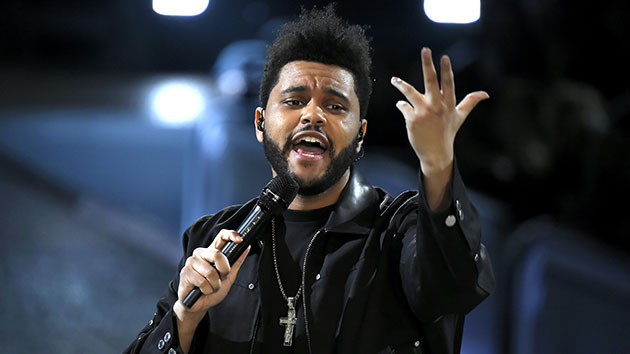 Superstars The Weeknd and Post Malone are teasing a collabo they will release Friday.

Malone’s manager, Dre London, posted a clip of the song, “One Right Now,” Tuesday night and commented, “What I couldn’t wait to tell the world This Friday!! I’m excited for u to finally here what I been talking about!! @postmalone & @theweeknd ‘One Right Now’ #DreVision in full effect!! #Shutdown Ting!!! Crazy Movie Video comes next week!!!”

“One Right Now” follows The Weeknd’s team-up with house music supergroup Swedish House Mafia on “Moth to a Flame,” which dropped two weeks ago. This week, the “Blinding Lights” singer was nominated for six American Music Awards, including Artist of the Year and Favorite Male Pop Artist.

While Malone completes his fourth solo album, “One Right Now” will be his first release since the single “Motley Crew” he dropped in July. He’s also featured on DJ Khaled‘s “I Did It,” which was released in June and which featured Megan Thee Stallion, Lil Baby and DaBaby.

Both Malone and The Weeknd were recently forced to postpone major events due to the pandemic. The “Rockstar” rapper’s third annual Posty Fest, which was scheduled for October 30-31 at AT&T Stadium in Arlington, Texas, has been moved to next year, while the Toronto star’s After Hours tour was postponed once again, this time to summer 2022.

Ben Affleck compares ‘The Last Duel’ ﻿to OJ Simpson case: “a very famous person accused of a horrible crime”
After the Show PODCAST: 2021 Vision
Blizzard warning issued for Hawaii with at least 12 inches of snow forecast
‘FBI: Most Wanted’ star Julian McMahon on that season 2 cliffhanger and if he’d star in a ‘Nip/Tuck’ reboot
Crew member sues Alec Baldwin, armorer and others over fatal shooting on ‘Rust’ set
AFTER THE SHOW PODCAST: Totally Artificial Beverage