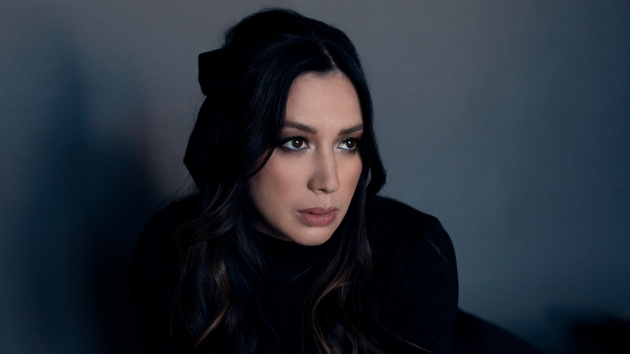 Michelle Branch‘s new album, The Trouble With Fever, is being released as she happens to be going through a difficult time in her marriage to Patrick Carney, of The Black Keys. But Michelle’s glad to have the album and a tour to take her mind off of that.

Michelle and Patrick are now in therapy after she publicly accused him of cheating, announced they were splitting and got arrested for slapping him.

“I don’t know what I would be doing if I didn’t have this album to just kind of distract me from everything that’s going on in my personal life,” Michelle told ABC Audio. “I mean, I probably would be either just laying in bed crying all day or writing a whole new album.”

But that doesn’t change Michelle’s feelings about The Trouble With Fever, which she and Patrick wrote and recorded together at home during lockdown.

“I don’t think I have stretched my wings in that capacity since probably my first record, honestly,” she told ABC Audio, adding, “I love this album. I look back on the time making this record with such fondness.”

Plus, she laughs, “Patrick’s been really excited about this record coming out and has been asking me, ‘What’s the feedback, what are the reviews?’ So it was a labor of love between the two of us.”

Michelle, who launched her tour Thursday night, told ABC Audio recently, “Knowing that people are going to be there to just, like, scream along with me…I think it’s going to feel really good!”

Also screaming will be Michelle’s 7-month-old daughter, Willie, who’s joining her on the road.

“I’m still breastfeeding,” she said. “It’ll definitely be humbling to be like, ‘Woo hoo! I just had this awesome show! Oh, wait, I have to change a diaper and feed another human!"”

Read Pink’s Veteran’s Day tribute to her late father
Brianna Grier, woman who fell out of moving police car, died of ‘severe blunt force injury’ to the head: Autopsy
“Science was always cool” — Kari Byron on the benefits of ‘MythBuster’ status, and new venture EXPLR Media
Brittney Griner asks Biden to help get her out of Russia in handwritten letter
America Strong: How pandemic grief united generations of Asian Americans through food, community
‘Rust’ ﻿producer hopes they will complete film despite tragic death of cinematographer