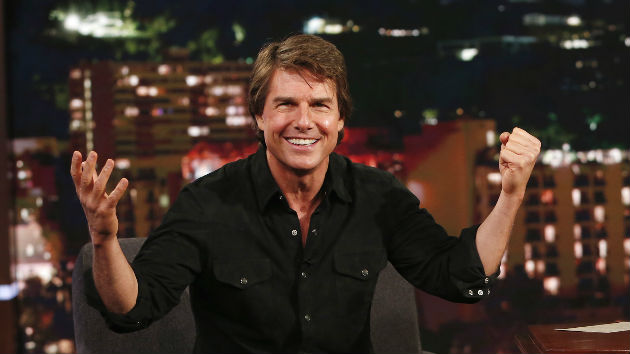 The Sun is reporting that Tom Cruise felt the need for speed once again, which is why he flew 300 cakes as Christmas gifts across The Pond.

The publication reports Cruise sent the gifts via his private jet, as a sweet token of appreciation to his U.K.-based crew of the next Mission: Impossible film.

“It is extravagant, but Tom is an incredibly generous person and he wanted to do something special for everyone who has worked on the movie with him,” a source tells the paper.

While The Sun doesn’t specify, in the past it’s been reported that Cruise is partial to sending the White Chocolate Coconut Bundt Cake from LA-based Doan’s Bakery to friends and colleagues come holiday time. It’s so well known, in fact, that it’s become known as the “Tom Cruise Cake.”

If you’ve ever had one, you could understand why Cruise undertook the Mission: Gastronomical. The offering from the Woodland Hills, California bakery is a favorite with Hollywood A-listers.

According to Goldbelly, which ships the treats: “They start with a ring of moist, luxurious coconut bundt cake, mix in chunks of sweet white chocolate, layer on rich cream cheese frosting, and then dust it all over with toasted coconut flakes. The result is a delicious, pillowy cake good enough to derail the strictest Hollywood diets.”

Best of all, Goldbelly will ship one of the $99 creations directly to you, so there’s no need to have a celebrity friend with a private jet to get your hands on one.