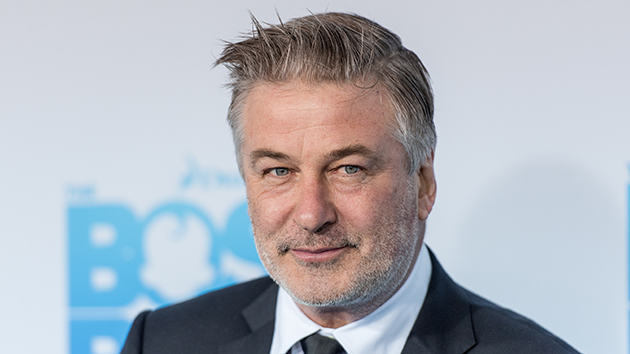 Two crew members on the set of the Alec Baldwin-backed film Rust were hospitalized Thursday after a prop gun with blanks misfired, according to one of the film’s producers.

Deputies with the Santa Fe County Sheriff’s Office said Thursday afternoon they were responding to an incident at a movie set. The producer confirmed the incident happened on the set of Rust, and said Baldwin was OK.

“There was an accident today on the New Mexico set of Rust involving the misfire of a prop gun with blanks,” the producer said in a statement to ABC News. “Two crew members have been taken to the hospital and are receiving care. Production has been halted for the time being. The safety of our cast and crew remains our top priority.”

University of New Mexico Hospital, the state’s only Level 1 trauma center, said in a statement to ABC News that one patient was transported by helicopter “in critical condition.”

The Santa Fe County Sheriff’s Office is investigating the incident.

The sprawling Bonanza Creek Movie Ranch is frequently used as a film location for Westerns, including 3:10 to Yuma and The Ballad of Buster Scruggs.

Baldwin shared a photo from the set of “Rust” earlier on Thursday in costume.

“Back to in person at the office,” he captioned the post. “Blimey…it’s exhausting.”

The actor is co-producing the film under his company, El Dorado Pictures, with Joel Souza writing and directing.

Fighter pilot reflects on would-be 9/11 suicide mission
First ‘SNL’ guests of the season: Owen Wilson, Kim Kardashian West, Rami Malek, and Jason Sudeikis
After The Show PODCAST: Making the case for Make It, Take It Gifts.
Michael J. Fox on retiring from acting, embracing optimism, and re-discovering what people love about ‘Back to the Future’
Secret McDonald’s menu item / Meet our new producer Faith / More of your guilty pleasures
AFTER THE SHOW: Oops, She Did it Again